Vincent Korda was a Hungarian-born art director later settling in Britain. Born in Túrkeve in the then Austro-Hungarian Empire he was the younger brother of Alexander and Zoltán Korda. He was nominated for four Academy Awards winning once. He died in London England. He is the father of novelist Michael Korda.
Read full biography

There are 30 movies of Vincent Korda.

That Hamilton Woman (1941) As Production Design, he was 43 years old

Other facts about Vincent Korda 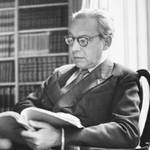 Vincent Korda Is A Member Of