Richard Francis Dennis Rick Barry III is an American retired professional basketball player. Some longtime NBA observers consider him to be the greatest pure small forward of all time as a result of his uncanny ability to score acute court vision knowledge and execution of team defense principles tenacious and oft-times demanding will to win and unorthodox but highly accurate underhanded free throw shooting.
Read full biography

He graduated from University Of Miami and Roselle Park High School

How tall is Rick Barry?

He is living in Elizabeth.

When is Barry's next birthday?

Other facts about Rick Barry 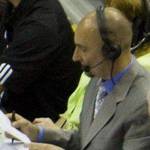 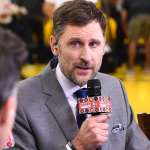 Rick Barry Is A Member Of

Hello Rick. I was married to Mickey McLaney, your old roommate at UM. We lived in Haiti for many years. Unfortunately Mick died in 1999 in Haiti. I was friendly with your brother Dennis, who lived in Ft L. Someone asked me about you recently so I thought I would contact you. I met you many years ago in Miami. Phyllis McLaney