Joyce Selznick was a talent agent and casting director and the niece to David O. Selznick who produced Gone with the Wind in 1939 and founded Selznick International Pictures.
Read full biography

There are 7 movies of Joyce Selznick.

Other facts about Joyce Selznick

Joyce Selznick Is A Member Of 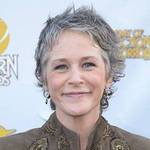