David Tyler is a 57 years old Film producer from Jerusalem. He was born on October 25, 1965 in Jerusalem.

There is 1 movie of David Tyler.

His first feature film was Steve Coogan: The Man Who Thinks He's It (1999). He was 33 when he starred in this movie.

He graduated from Concordia University

When is Tyler's next birthday?

Other facts about David Tyler

David Tyler Is A Member Of 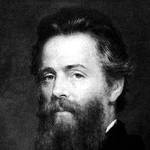