There are 9 movies of Bob Morgan.

The War of the Worlds (1953) As Injured Civil Defense Worker (uncredited), he was 37 years old

The Man Who Shot Liberty Valance (1962) As Roughrider (uncredited), he was 46 years old

Other facts about Bob Morgan 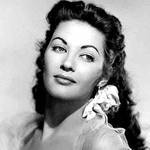 Bob Morgan Is A Member Of