There are 27 movies of Vincent McEveety.

The Apple Dumpling Gang Rides Again (1979) As Director, he was 49 years old

Murder, She Wrote He was 55 years old 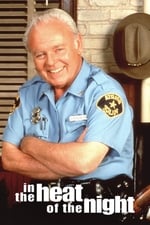 In the Heat of the Night He was 58 years old

Columbo He was 42 years old

Airwolf He was 54 years old

Other facts about Vincent McEveety

Vincent McEveety Is A Member Of