Tony Siragusa is a 55 years old Former NFL defensive tackle from Kenilworth. He was born on May 14, 1967 in Kenilworth. 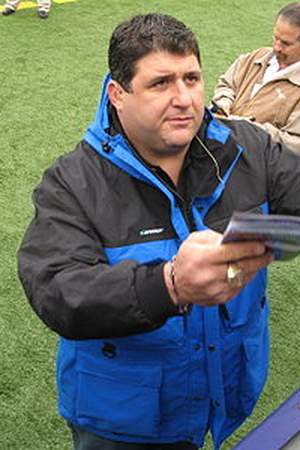 Anthony Tony Siragusa nicknamed Goose is a former National Football League defensive tackle who spent 12 seasons with the Indianapolis Colts and the Baltimore Ravens. He currently works as a sideline analyst for NFL games broadcast on the Fox Network hosts the home renovation program Man Caves on the DIY Network and participates in advertisements for Depend for Men.
Read full biography

There is 1 movie of Tony Siragusa.

The Sopranos He was 31 years old

Man Caves He was 40 years old

The Tonight Show with Jay Leno He was 25 years old

When is Siragusa's next birthday?

Other facts about Tony Siragusa

Tony Siragusa Is A Member Of 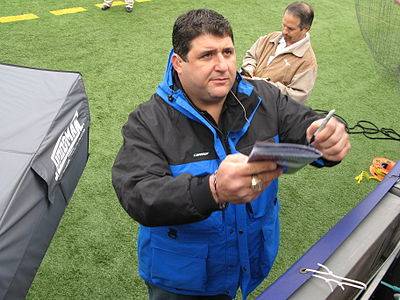