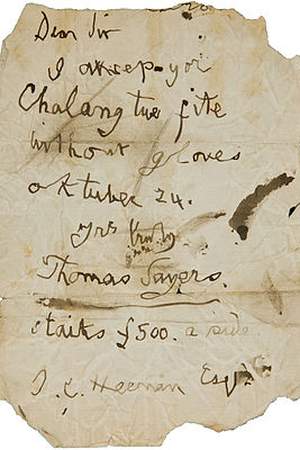 Tom Sayers was an English bare-knuckle prize fighter. There were no formal weight divisions at the time and although Sayers was only five feet eight inches tall and never weighed much more than 150 pounds he frequently fought much bigger men.
Read full biography

There are 13 movies of Tom Sayers.

Other facts about Tom Sayers

Tom Sayers Is A Member Of 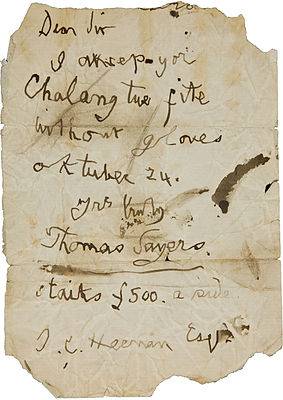