There is 1 movie of Thomas Perkins.

His first feature film was Firebreather (2010). He was 78 when he starred in this movie.

He graduated from Harvard University, Massachusetts Institute Of Technology and Harvard Business School

Other facts about Thomas Perkins 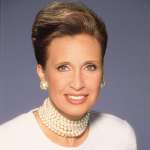 Thomas Perkins Is A Member Of