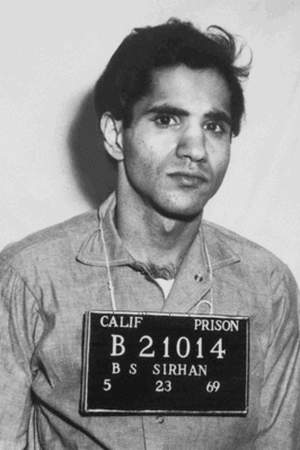 Sirhan Bishara Sirhan is a Palestinian with Jordanian citizenship who was convicted of the 1968 assassination of United States Senator Robert F. Kennedy. He is serving a life sentence at the Richard J. Donovan Correctional Facility in San Diego County California. Sirhan was born in Jerusalem and is a strong opponent of Israel.
Read full biography

There are 3 movies of Sirhan Sirhan.

RFK Must Die: The Assassination of Bobby Kennedy (2007) he was 63 years old

When is Sirhan's next birthday?

Other facts about Sirhan Sirhan

Sirhan Sirhan Is A Member Of 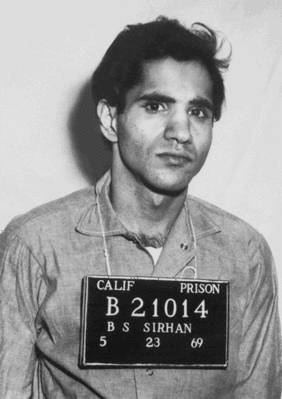