Sandy Howard was an American film producer and television producer. A native of the Bronx New York City Howard wrote short stories for publication in magazines like Liberty and worked as a publicist for Broadway shows until he became a director for the Howdy Doody show at the age of nineteen; he later produced the Captain Kangaroo show. He cooperated with Ray Heatherton creating the TV show The Merry Mailman in the early 1950s.
Read full biography

There are 26 movies of Sandy Howard. 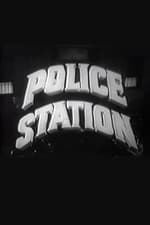 Other facts about Sandy Howard

Sandy Howard Is A Member Of