Ralph Victor Gilles (French pronunciation::​; born 14 January 1970) is a Canadian-American automobile designer and executive. In 1992, he joined Chrysler. Gilles styled the North American Car of the Year-winning 2005 Chrysler 300. Gilles also led the design team that created the 2014 SRT Viper. Gilles was the President and CEO of Chrysler's SRT brand and Senior Vice President of Design at Chrysler before being promoted to Head of Design for Fiat Chrysler Automobiles in April 2015. Following FCA's merger into the Stellantis group in 2021, he became chief design officer for the newly merged company.

Born in New York City to Haitian immigrants, Gilles was raised in Montreal, Quebec. Gilles was drawing concept vehicles at the age of eight. When he was fourteen years old, his aunt Gisele Mouscardy sent one of his sketches to then Chrysler Chairman Lee Iacocca. A reply came from K. Neil Walling, Chrysler's design chief at the time, suggesting he attend one of three design schools.

He lives in Oxford, Michigan.

He studied at Vanier College in Montreal, before moving back to the United States for university studies. Gilles attended the College for Creative Studies in Detroit, Michigan, and in 2002 received an Executive MBA from Michigan State University.

Gilles was profiled in the first season of the Netflix docu-series Abstract: The Art of Design.

Description above from the Wikipedia article Ralph Gilles, licensed under CC-BY-SA, full list of contributors on Wikipedia. 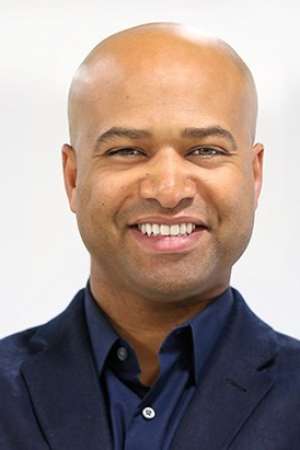