Samuel Cook Peter Ellenshaw was an English matte designer and special effects creator who worked on many Disney features. Born in London he moved to America in 1953. His first worked in matte painting for producer Alexander Korda on such films as Things to Come and later on such Powell and Pressburger productions as Black Narcissus assisting his mentor W. Percy Day.
Read full biography

There are 10 movies of Peter Ellenshaw.

Supercalifragilisticexpialidocious: The Making of 'Mary Poppins' (2004) he was 91 years old

Other facts about Peter Ellenshaw

Peter Ellenshaw Is A Member Of 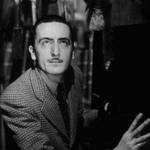