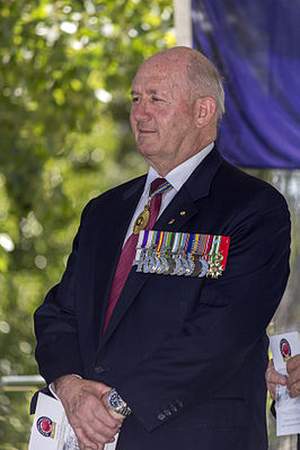 General Sir Peter John Cosgrove AK MC is a retired senior Australian Army officer and the 26th and current Governor-General of Australia. A graduate of the Royal Military College Duntroon he fought in the Vietnam War receiving the Military Cross in 1971. From 1983 to 1984 he was commander of the 1st Battalion Royal Australian Regiment and he later served as commander of the 6th Brigade and the 1st Division.
Read full biography

He graduated from Royal Military College and University Of Queensland

Other facts about Peter Cosgrove

Peter Cosgrove Is A Member Of 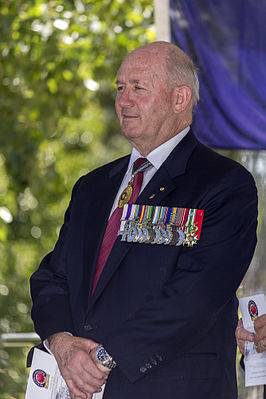