The Lady Sophia Louise Sydney Topley is the third child and second daughter of the 11th Duke of Devonshire and his wife Deborah Mitford. She is the younger sister of the 12th Duke.
Read full biography

When is Topley's next birthday?

Other facts about Lady Sophia Topley 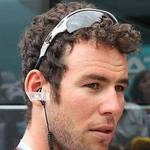 Lady Sophia Topley Is A Member Of