Naketia Marie "Ketia" Swanier (born August 10, 1986) is an American professional basketball player born in Columbus, Georgia. She most recently played the guard position for the Atlanta Dream in the WNBA.

Swanier was the only freshman to open the season as UConn's starting point guard. She finished her career as the only player in UConn history to rank among the top 10 career leaders in games played, *ists and steals. Swanier won the inaugural Big East Sixth Man of the Year Award as a senior coming off the bench behind Renee Montgomery.

She is currently playing for KS JAS FBG Sosnowiec in Poland during the 2008–09 WNBA off-season.

Description above from the Wikipedia article Ketia Swanier, licensed under CC-BY-SA, full list of contributors on Wikipedia. 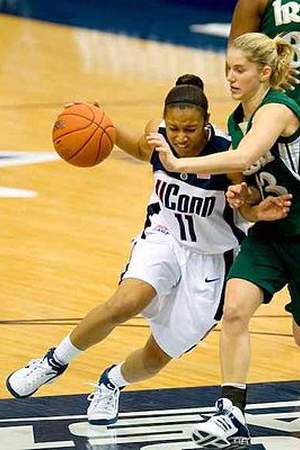