Keorapetse William Kgositsile also known as Bra Willie is a South African poet and political activist. An influential member of the African National Congress in the 1960s and 1970s he was inaugurated as South Africa's National Poet Laureate in 2006. Kgositsile lived in exile in the United States from 1962 until 1975 the peak of his literary career. He made extensive study of African-American literature and culture becoming particularly interested in jazz.
Read full biography

He had one child, Earl (28, American rapper) . When his first child, Earl Sweatshirt, was born, Keorapetse Kgositsile was 55 years old.

Other facts about Keorapetse Kgositsile 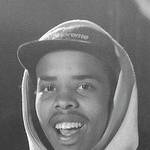 Keorapetse Kgositsile Is A Member Of