Ken Jenkins is an American actor best known for his role as Dr. Bob Kelso the Chief of Medicine on the American comedy Scrubs.
Read full biography

There are 33 movies of Ken Jenkins.

His first feature film was Gone in Sixty Seconds (2000, as Televangelist (uncredited)). He was 59 when he starred in this movie. Since 2000, he has appeared in 33 feature films. The last one is Girls Weekend (2019). In this movie, we watched him in the Tom character .

Knots Landing He was 39 years old 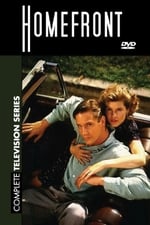 Homefront He was 51 years old

Scrubs He was 61 years old

Chicago Hope He was 54 years old

He graduated from Antioch University and Antioch College

When is Jenkins's next birthday?

Other facts about Ken Jenkins

Ken Jenkins Is A Member Of