Joseph Tomelty was a Northern Irish character actor and playwright. He worked in film television radio and on the stage starring in Sam Thompson's 1960 play Over the Bridge.
Read full biography

There are 23 movies of Joseph Tomelty.

Timeslip (1956) As Detective Inspector Cleary, he was 44 years old

Other facts about Joseph Tomelty 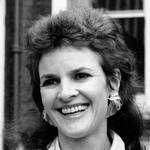 Joseph Tomelty Is A Member Of