There are 68 movies of John Maxwell.

The Court of Last Resort He was 80 years old

Other facts about John Maxwell 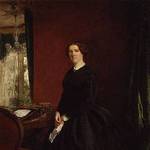 John Maxwell Is A Member Of