In 2017, Sullivan returned to the college ranks as a football consultant at LSU primarily focusing on wide receivers. On January 11, 2018, he moved to a full-time role on the coaching staff as senior offensive *istant/p*ing game coordinator. On January 9, 2019, Sullivan announced his retirement.

Description above from the Wikipedia article Jerry Sullivan, licensed under CC-BY-SA, full list of contributors on Wikipedia. 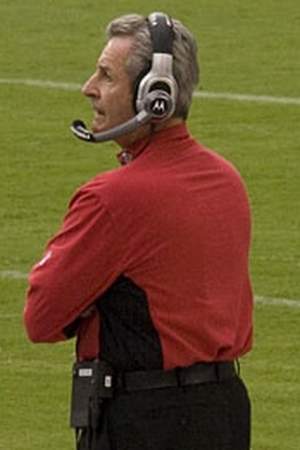