Isabelle Fuhrman (born February 25, 1997) is an American actress. She is known for her role as Esther in the horror film Orphan (2009) and its prequel Orphan: First Kill (2022). She also portrayed Clove in the dystopian adventure film The Hunger Games (2012), and Alex in the independent film The Novice (2021).

Isabelle Fuhrman was born in Washington, D.C., the daughter of Elina Fuhrman (née Kozmits), a journalist, author, wellness activist, and founder of the vegan soup company Soupelina, and Nick Fuhrman, a one-time Wisconsin political primary candidate (U.S. House of Representatives) and business consultant. Her father, who is of Irish descent, was adopted by a Jewish family. Her mother is a Russian Jewish immigrant, from Soviet Moldova. She has an older sister who was born in 1993. She and her family moved to Atlanta in 1999 when her mother joined CNN. For high school, she attended the Buckley School, a private school in Sherman Oaks. Fuhrman also briefly attended RADA, and briefly attended The Westminster Schools in Atlanta, Georgia. Fuhrman graduated from Stanford University Online High School in 2015.

Fuhrman's acting career began at the age of seven, when a casting director from Cartoon Network spotted her waiting for her older sister Madeline and cast her for one of the shows, Cartoon Fridays. Her early credits include Grace O'Neil in the pilot episode of the 2006 television series Justice, and a number of national commercials for such brands as Pizza Hut and K-Mart. In 2007, she made her film debut in the controversial drama feature Hounddog.

Fuhrman's performance as Gretchen Dennis (also known as Girl Ghost) opposite Jennifer Love Hewitt in a 2008 episode of Ghost Whisperer earned her a Young Artist Award nomination. Also in 2008, Fuhrman was cast in the movie Orphan alongside Vera Farmiga and Peter Sarsgaard following an exhaustive nationwide search of young actresses to portray the lead in the three-way collaboration between Warner Bros., Appian Way and Dark Castle Entertainment. It was released in 2009 to commercial success, and Fuhrman's acting was praised. She also appeared in comedy skits on The Tonight Show with Jay Leno.

In 2011, Fuhrman played Angie Vanderveer in the dark comedy Salvation Boulevard (based on the novel by Larry Beinhart), with an ensemble cast that included Pierce Brosnan and Marisa Tomei, and which premiered at the Sundance Film Festival.

In 2012, Fuhrman voiced genetically enhanced **in Victoria in Hitman: Absolution. That same year, she played Clove, a career tribute who tries to kill the main character, Katniss, in the film The Hunger Games. She originally auditioned to play Katniss, but was too young to play the part as she was 14 at the time. She was called back to audition for Clove, and successfully got the part. On May 15, 2012, it was announced that Fuhrman would be starring in the remake of the 1977 horror cl*ic Suspiria, however it was later announced that the production was stuck in legal woes and that the film would be delayed or cancelled.

On May 24, 2013, Fuhrman was cast as Max in Kevin Connolly's next movie, Dear Eleanor, a film scheduled for release in 2015. That following year, Fuhrman was cast in the film Cell, an adaptation by Stephen King. In 2015, she was cast in a "major recurring role" on the Showtime drama series Masters of Sex, playing Tessa, the daughter of Virginia Johnson (Lizzy Caplan). Fuhrman was also cast as the lead in the independent drama Hellbent.

In 2021, Fuhrman starred as Alex in Lauren Hadaway's directorial debut The Novice. Her performance gained critical praise, with critics calling Fuhrman's turn "a Daniel Day-Lewis transformation" and "the year's best performance". For The Novice, she won the Tribeca Film Festival Award for Best Actress, and was nominated for the Independent Spirit Award for Best Female Lead. It was announced in 2020 that Fuhrman would reprise her role as Esther in an Orphan prequel; the film, *led Orphan: First Kill, was released in August 2022, with Fuhrman's performance once more being praised.

In September 2022, Fuhrman joined the cast of the Kevin Costner-directed western film Horizon and the Justine Bateman-directed film Face.

Fuhrman was approached by Save the Children, in 2010, to be a celebrity advocate for their "Caps for Good" project. She and several volunteers with Save the Children have helped knit hundreds of baby caps in an effort to reduce the death rate of newborns in developing countries. Fuhrman is on the advisory board of the Love & Art Kids Foundation, a Los Angeles based non-profit organization.

Description above from the Wikipedia article Isabelle Fuhrman, licensed under CC-BY-SA, full list of contributors on Wikipedia. 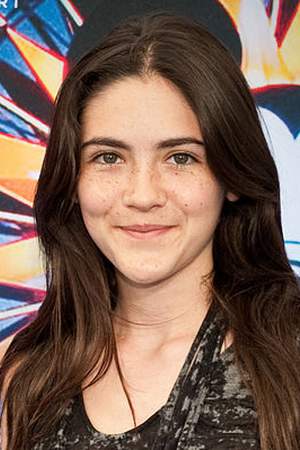