Ingrid Hadler is a Norwegian orienteering competitor. She won the 1970 Individual World Orienteering Championships in Eisenach and received a silver medal in Linköping in 1968. World champion Relay 1968 silver medal 1974 and bronze medal 1966 and 1970. She is co-author of the book På tvers av stiene with her husband Åge Hadler.
Read full biography

When is Hadler's next birthday?

Other facts about Ingrid Hadler

Ingrid Hadler Is A Member Of 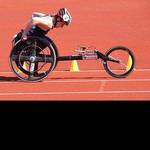