Gabrielle Beaumont is a British film and television director. Her directing credits range from Hill Street Blues to Star Trek: The Next Generation. She is best known for directing writing and producing the TV special Diana: The People's Princess. She and writer/actor Olaf Pooley both contributed to a film version of Bernard Taylor's The Godsend. Pooley wrote the screenplay for the film while Beaumont directed it.
Read full biography

There are 16 movies of Gabrielle Beaumont.

Remington Steele She was 40 years old

Star Trek: The Next Generation She was 45 years old 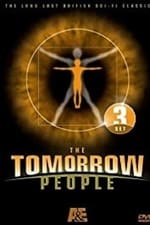 The Tomorrow People She was 31 years old

The Pretender She was 54 years old

When is Beaumont's next birthday?

Other facts about Gabrielle Beaumont

Gabrielle Beaumont Is A Member Of