.   Gabriel Cowan is a filmmaker and composer best known for his work on horror films Scream 2, Scream 3, Breathing Room, and Growth. He has also made documentaries, dramas, and comedies. Description above from the Wikipedia article Gabriel Cowan, licensed under CC-BY-SA,full list of contributors on Wikipedia.
Read full biography 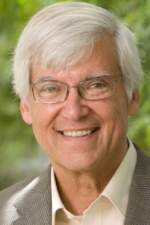 There are 27 movies of Gabriel Cowan.

His first feature film was Pandemic (2016). He was 42 when he starred in this movie. Since 2016, he has appeared in 27 feature films. The last one is Sure Did Talk to You: A Conversation with Walter Coblenz, Jared Hellman and Michael Laughlin (2007). .

Breathing Room (2008) As Cinematography, he was 34 years old

On the Road Again: Two-Lane Blacktop Revisited (2007) As Cinematography, he was 34 years old

When is Cowan's next birthday?

Other facts about Gabriel Cowan

Gabriel Cowan Is A Member Of