American c*ographerThis article is about the actor, director, producer, c*ographer, and dancer. For other persons of that name, see David Winters.

David Winters (April 5, 1939 – April 23, 2019) was an English-born American actor, dancer, c*ographer, producer, distributor, director and screenwriter. At a young age, he acted in film and television projects such as Lux Video Theatre; Naked City; Mister Peepers; Rock, Rock, Rock; and Roogie's Bump. He received some attention in Broadway musicals for his roles in West Side Story (1957) and Gypsy (1959). In the film adaptation of West Side Story (1961) he was one of the few to be re-cast. It became the highest grossing motion picture of that year, and won 10 Academy Awards, including Best Picture.

Winters became a dance c*ographer. On films, he c*ographed several projects with Elvis Presley and Ann-Margret starting with Viva Las Vegas (1964). Other dance c*ography credits include T.A.M.I. Show (1964), Send Me No Flowers (1964), Billie (1965), A Star Is Born (1976), etc. On television, he was frequently seen with his troupe on a variety of shows c*ographing popular dances of the 1960s. At the Emmy Awards, for the television special Movin' with Nancy (1967), his c*ography was nominated in the category Special Cl*ification of Individual Achievements.

Winters was born David Weizer in London, England, the son of Jewish parents Sadie and Samuel Weizer. His family relocated to the United States in 1953. He became a naturalized United States citizen in 1956. Winters was interested in dancing at an early age.

At age 12, Winters was shining shoes to pay for dance cl*es afraid his mother would not approve. She eventually caught him and made a deal to make him stop: if he did his bar mitzvah, she would bring him to dance cl*es. That same year, Winters was spotted by a talent agent while dancing in a Manhattan restaurant. From this point he began acting and dancing on television. By the age of 14 he had worked with Jackie Gleason, Martha Raye, Mindy Carson, Sarah Churchill, Wally Cox, George Jessel, Ella Raines, Paul Douglas, and Perry Como. He also was heard on radio plays with Donald Cook and Joseph Cotten. It led him to act in over 15 television shows during a span of 10 years, including Lux Video Theatre, Naked City, The Red Buttons Show, Mister Peepers, etc.

In 1954, Winters acted in the film Roogie's Bump. That year he performed in the first Broadway revival of On Your Toes, directed by George Abbott and c*ographed by George Balanchine. It opened on October 11, 1954 at the 46th Street Theatre, where it ran for 64 performances. On November 23 of that year he acted in another Broadway play called Sandhog.

On May 21, 1959, he starred as Yonkers in the original production of Gypsy. The show was produced by David Merrick and directed and c*ographed by Jerome Robbins Critic Frank Rich has referred to it as one of the more influential stagings of a musical in American theatrical history. The original production received eight Tony Award nominations, including Best Musical. It closed on March 25, 1961 after 702 performances and two previews.

In 1960, he acted in the Broadway musical One More River.

In 1961, he appeared as A-Rab in the movie version of West Side Story directed by Robert Wise and Jerome Robbins. He and Carole D'Andrea, Jay Norman, Tommy Abbott, William Bramley and Tony Mordente were the only actors to have been cast in both the original Broadway show and the motion picture. The film was the highest grossing motion picture of that year, going on to win 10 Academy Awards, including Best Picture.

During that time and moving forward to 1967, he acted regularly on television, he was seen in 77 Sunset Strip, Perry Mason, The Dick Powell Show, and more.

In 1964, he c*ographed George Sidney's Viva Las Vegas starring Elvis Presley and Ann-Margret. Ann-Margret, who was his student at the time, recommended him for the job. That year Winters c*ographed Norman Jewison's Send Me No Flowers, Don Weis' Pajama Party, and Steve Binder's T.A.M.I. Show. He also had a role in the film The New Intern. On September 21, the variety show Shindig! premiered where Winters served as a c*ographer.

In 1965, he c*ographed two musicals starring Elvis Presley: Boris Sagal's Girl Happy and Norman Taurog's Tickle Me. He also c*ographed two Ann-Margret films: Bus Riley's Back in Town and Kitten with a Whip. Another c*ographer credit was Don Weis' Billie. That year, he started to perform on television with his troupe, named the David Winters Dancers. That year, on the tv show Hullabaloo, he c*ographed popular dances of the 1960s, including the Watusi, and originated the Freddy.

In 1966, he co-produced and c*ographed the Lucille Ball television special Lucy in London. Also that year he acted in The Crazy-Quilt by John Korty, and The David Winters Dancers also appeared in the television special MJ's. Finally he c*ographed two more Ann-Margret films Boris Sagal's Made in Paris, and George Sidney's The Swinger.

In 1967, Winters directed two episodes of the television show The Monkees. He c*ographed Elvis Presley in Easy Come, Easy Go. With the David Winters Dancers, he appeared on the television special Go. That year, he was an *ociate director for the Broadway play Of Love Remembered, directed by Burgess Meredith. Also in 1967, for his c*ography on the Nancy Sinatra television special Movin' with Nancy, he received an Emmy nomination in the category Special Cl*ification of Individual Achievements.

In 1969, Winters directed and c*ographed Ann-Margret: From Hollywood with Love (for which Winters received an Emmy nomination for dance c*ography). Also that year, he produced and c*ographed The Spring Thing.

On April 26, 1970 CBS released Raquel Welch's first television special Raquel!, Winters produced, directed and c*ographed. On the day of the premiere, the show received a 51% share on the National ARB Ratings and an overnight New York Nielsen Rating of 58% share.

In 1971, he produced and directed Once Upon a Wheel, a do*entary on auto racing. It is hosted and narrated by actor Paul Newman. That same year, he was an executive producer for The 5th Dimension's television special The 5th Dimension Traveling Sunshine Show.

In 1973, he directed, c*ographed and produced the television movie Dr. Jekyll and Mr. Hyde, starring Kirk Douglas. At the Emmy Awards it was nominated for outstanding achievement in makeup, costume design, and music direction.

In 1975, Winters directed the Alice Cooper concert film Alice Cooper: Welcome to My Nightmare. That same year, he produced the comedy Linda Lovelace for President.

In 1976, he c*ographed Frank Pierson's A Star Is Born, starring Barbra Streisand.

The following year he c*ographed credits 22 episodes of TV show Donny & Mary. That year he also served as a creative consultant on Don Taylor's The Island of Dr. Moreau.

In 1980. Winters directed and c*ographed the stage show Goosebumps.

In 1981, he c*ographed and was creative consultant for the Diana Ross television special Diana.

In 1982, he produced, directed, wrote, and co-starred in the horror comedy The Last Horror Film, starring Joe Spinell and Caroline Munro. It played in film festivals. At the Sitges Film Festival it was part of their official selection, and won best cinematography. At the Saturn Awards the film was nominated for Best International film and Mary Spinell was nominated for best supporting actress.

In 1984 he directed the do*entary That Was Rock, hosted by Chuck Berry, and a television adaptation of Steadfast Tin Soldier. Also that year he worked as an artistic adviser on the film Blame it on the Night.

In 1986, Winters directed the sports film Thrashin', starring Josh Brolin, and Pamela Gidley. Set in Los Angeles, it's about Cory (Brolin), a teenage compe*ive skateboarder, and his romance with Chrissy (Gidley). With a notable soundtrack, the film maintains a following. Prior to the casting of Brolin, Winters wanted Johnny Depp to play Cory. That same year, directed the action film Mission Kill, with Robert Ginty.

In 1987, Winters opened the production company, Action International Pictures. He hired director David A. Prior, with whom he would work regularly moving forward. That year they released Deadly Prey, Aerobicide, and Mankillers.

In 1988, he directed the action film Rage to Kill starring James Ryan. That year also saw the release of Space Mutiny. Winters was *igned to produce and direct the science fiction film He had to drop out at an early stage of filming due to the death of a close relative, and most of the film was eventually directed by Neal Sundstrom. Both were un-happy with the final product, and Winters attempted to have his name replaced with a fictional one, but due to his contract he was unable to do so. The film gained a cult status and was subject for a successful episode of the TV Show Mystery Science Theater 3000. That year, Winters produced Dead End City, Death Chase, Night Wars, and Phoenix The Warrior.

In 2002, he produced, directed, and co-starred the comedy film Welcome 2 Ibiza, which won the Bangkok Film Festival Audience Award.

In 2003, he produced the horror film Devil's Harvest.

In 2012, Winters acted in the art house film, Teddy Bear.

In 2015, Dancin': It's On!, a dance film, premiered which Winters directed. For this project, he said he reconnected with his original p*ion for dancing. The film stars winners and runners-up of the tv shows, So You Think You Can Dance, and Dancing with the Stars, with Witney Carson as its lead.

In 2018, Winters released his memoir Tough Guys Do Dance.

Friends with rock singer Alice Cooper upon directing the Welcome to My Nightmare Tour in the mid 1970s, he hired ballerina Sheryl Goddard who became Cooper's wife.

Winters lived with Linda Lovelace as her boyfriend following her divorce from her first husband. Their relationship lasted until 1976. She credited him for bringing culture in her life.

Winters was married at least three times. He had a brother, a daughter, two sons, a stepson, and a granddaughter.

Description above from the Wikipedia article David Winters, licensed under CC-BY-SA, full list of contributors on Wikipedia. 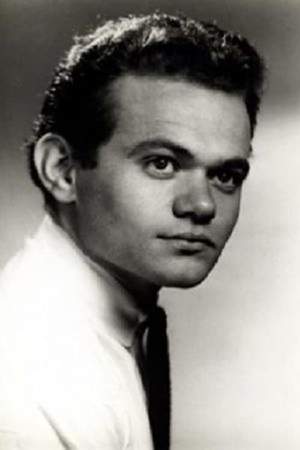