David Lowell Rich is an American film director and producer. He has directed nearly 100 films and TV episodes between 1950 and 1987. He was born in New York City. He began directing on a regular basis in 1950. Rich won an Emmy for outstanding direction of a special in 1978 for The Defection of Simas Kudirka. His brother was director John Rich.
Read full biography

There are 50 movies of David Lowell Rich.

Mannix He was 44 years old

Naked City He was 35 years old 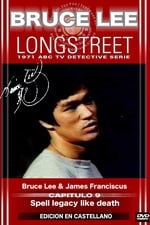 Longstreet He was 48 years old

Other facts about David Lowell Rich

David Lowell Rich Is A Member Of