Ann Robinson (born May 25, 1929) is a former American actress and stunt horse rider, perhaps best known for her work in the science-fiction cl*ic The War of the Worlds (1953) and in the 1954 film Dragnet, in which she starred as a Los Angeles police officer opposite Jack Webb and Ben Alexander.

Robinson was born at the Hollywood Hospital in Hollywood, California. She attended Hollywood High School. Her father was employed by the Bank of Hollywood, at the corner of Hollywood and Vine. He taught her how to ride horses, beginning when she was only three. Robinson became an accomplished rider, which led to her first professional work in Hollywood as a stunt rider in film Frenchie with Shelley Winters.

After doubling for Winters in Frenchie (1950), Robinson starred and rode in several Westerns during her career such as The Cimarron Kid (1951) with Audie Murphy, Gun Brothers (1956), and Gun Duel in Durango (1957).

Paramount Pictures signed Robinson as an actress in the early 1950s. Her first leading role was as "Sylvia Van Buren" in The War of the Worlds (1953) co-starring with Gene Barry, a role she quasi-reprised in two later films, first as Dr. Van Buren in Midnight Movie M*acre (1988) and then as Dr. Sylvia Van Buren in The Naked Monster (2005). She also reprised the role in three episodes of the television series War of the Worlds (1988).

Robinson worked on several other films, including Imitation of Life (1959), and the Doris Day thriller Julie (1956). She also had a starring role opposite Jack Webb and Ben Alexander in Dragnet (1954), a feature film version of the hit television series. From 1955 to 1959, Robinson was cast in ten episodes of the NBC children's western television series Fury as Helen Watkins, the teacher of series character Joey Clark Newton (Bobby Diamond) and romantic interest of his adopted father, Jim Newton (Peter Graves).

Robinson was featured in several commercials for Home Savings of America, Toni home perms, and Chesterfield Cigarettes. She performed a number of film voice-overs also, in English and Spanish. She did the leading actress' voice in To Begin Again, which won the 1984 Oscar for best foreign film. She also did loops for the Bruce Lee series The Dead Are Alive, Tough Guys, and Survive.

In 1985, Robinson appeared in a do*entary about George Pal *led The Fantasy Film Worlds of George Pal (produced and directed by Arnold Leibovit). In 1988, Ann Robinson reprised her role as Sylvia van Buren from the original The War of the Worlds film for the War of the Worlds television series. In the 2005 Steven Spielberg film, War of the Worlds, she played a cameo role as Tom Cruise's character's mother-in-law, the grandmother of Dakota Fanning's character, alongside her long-ago co-star Gene Barry. Upon completing this role, she retired from acting.

In 1957, Robinson eloped to Mexico to marry world cl* matador Jaime Bravo, with whom she had two sons; Jaime A. Bravo Jr (TV director for ABC Sports and ESPN), and Estefan A. Bravo (actor, seen in White Trash Wins Lotto, a musical by Andy Prieboy). While residing in Mexico, Robinson played minor Hollywood roles, mainly in science fiction films. The couple divorced in 1967. On February 2, 1970, Bravo was killed in an automobile accident on the way to a bullfight. In 1987, Robinson married real estate broker and business manager Joseph Valdez in California, where they took up residence in the Echo Park area of Los Angeles.

Description above from the Wikipedia article Ann Robinson, licensed under CC-BY-SA, full list of contributors on Wikipedia. 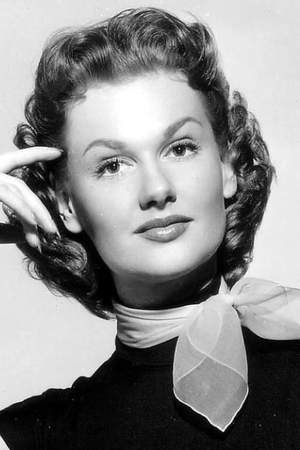