Ada Norris is a 87 years old Australian political activist from Greenbushes. Ada Norris was born on July 28, 1901 (died on January 01, 1989, she was 87 years old) in Greenbushes as Ada May Bickford.

She graduated from Melbourne High School and University Of Melbourne

Other facts about Ada Norris

Ada Norris Is A Member Of 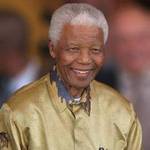